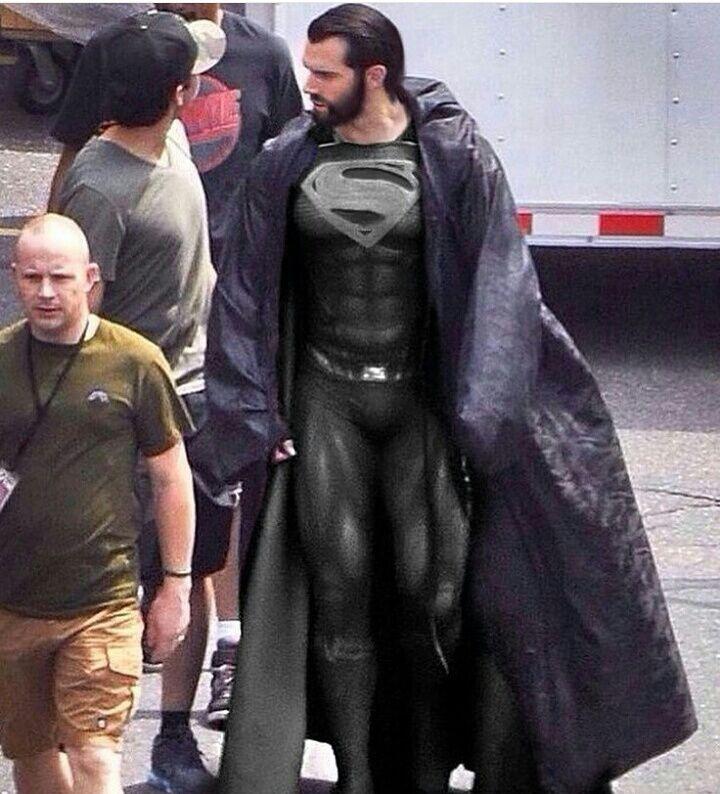 Are the Black Superman pictures real? NO For all of you DC Universe fans as much as I hate to admit it, so far all of the black Superman pictures posted on the social media so far are fakes. Some of them are pretty good though, but hey, we have to wait longer. But we do have confirmation from Henry Cavill’s instagram account that indeed there will be a black Superman in the new upcoming Justice League movie. (honestly these guys are killing the fans with all the teasing) In case you don’t know the story behind the whole Black Superman thingy, read the next part. But If you don’t want spoilers before the movie comes out, you should close your browser right now.

As you all saw in the movie Batman Vs. Superman: Dawn of Justice, Superman was killed by Doomsday and at the end they held a magnificent funeral to honor the fallen hero. The original comic of Superman’s first fight with Doomsday also has the same ending. But Superman doesn’t actually die. In the original comics his body was stolen by the last son of Krypton (which turns out to be Eradicator, a homicidal cyborg) and it was taken to the Fortress of Solitude and put in the regeneration matrix to heal again. The black suit is a part of that matrix. It helps super man absorb the energy from the earth’s yellow sun more efficiently. Since his absence and the whole being dead and all, new heroes rise all over the world, each claiming that they’re superman. After a few months in the regeneration matrix, superman comes back to Metropolis. But instead of the clean cut look and the red and blue suit, he has a beard, long hair, and a black suit. He looks so badass he actually doesn’t change it until before his wedding day with Lois Lane. Here’s the best Fan-made picture of the Black Superman. Stay tuned for more updates and “UP UP AND AWAAAAAY!!!”

I'm a creator. Anything from cooking, to furniture and tactical armors. Join me as I write just about anything you can imagine here.
Previous When gender plays an important role in advertising
Next Must buy Guitar accessories