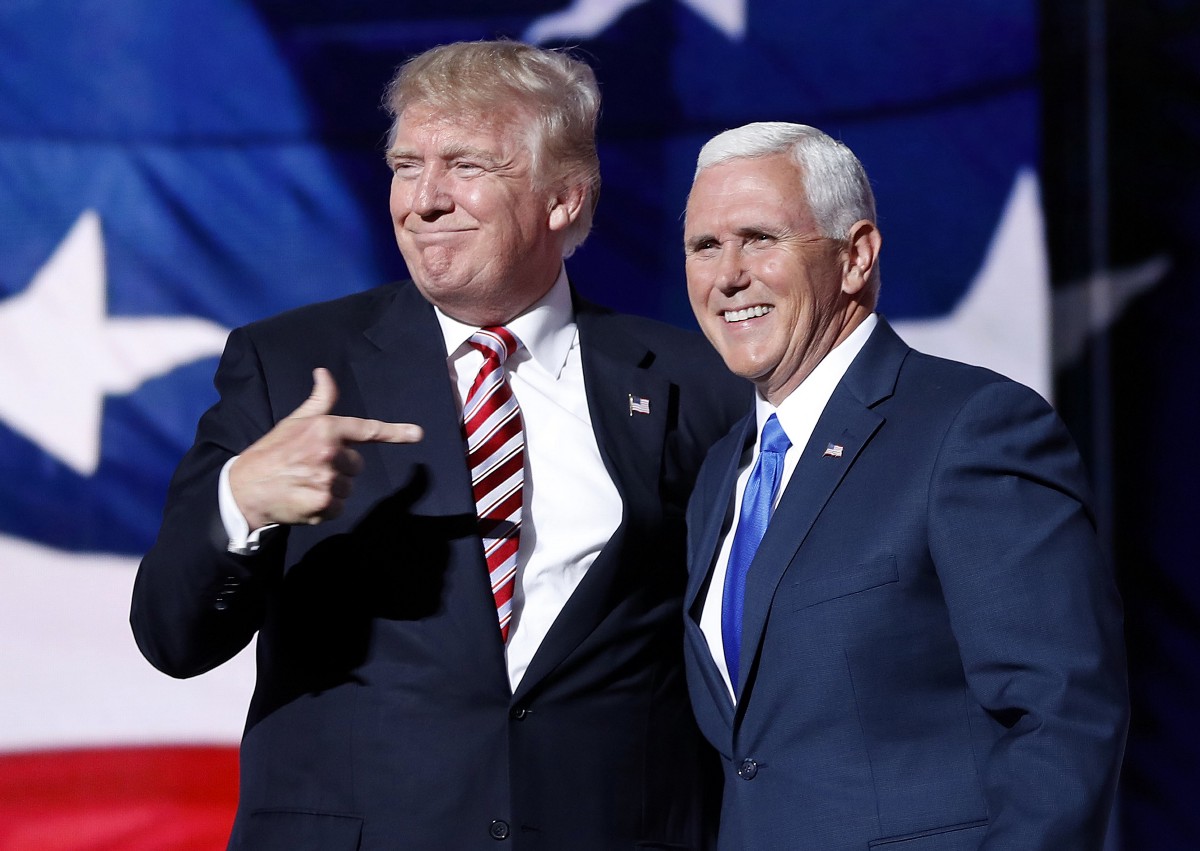 Mike Pence confirmed the ticket’s position in an interview with Dr. James Dobson that will air next Wednesday. The Christian Post, an anti-LGBT publication, reported on the interview after obtaining an audio file in advance. According to CP, Pence explains that both he and Donald Trump believe that concerns about which bathrooms transgender students should use can be “resolved” at the local level. He added that children’s “safety” and “privacy” should be priorities in these decisions?—?dogwhistle terms referring to the myth that trans students are somehow a threat to other students and should be kept out of restrooms that match their gender identity.

“Washington has no business intruding on the operation of our local schools,” Pence insists.

Pence also confirmed that a President Trump would either eliminate the contraceptive mandate in Obamacare or provide a religious exemption for all ministries and businesses. “The Trump/Pence administration will be dedicated to preserving the liberties of our people, including the freedom of religion that’s enshrined in our Bill of Rights.”

This is the latest evidence that Trump, despite his claims of being friendly, will cater to social conservatives’  demands. Over the course of his campaign, he has taken just about every anti-LGBT position he can. He has promised to appoint Supreme Court justices who would overturn marriage equality, he’s backslid on protecting trans people from discrimination, and he has also said he would sign the First Amendment Defense Act, a federal bill that would legalize various forms of anti-LGBT discrimination. Trump’s only offering to the LGBT community?—?granting the premise?—?has been a post-Orlando homonationalist promise to defeat “radical Islam.”

Activists have argued that Trump’s selection of Pence as his running mate was also a huge overture to the religious right, given his extreme record. Pence’s interview with Dobson, the founder of some of the biggest anti-LGBT organizations in the country (Focus on the Family and the Family Research Council), about all the anti-LGBT actions a Trump/Pence administration would take is the ultimate confirmation that he’s part of an anti-LGBT ticket.

I'm a creator. Anything from cooking, to furniture and tactical armors. Join me as I write just about anything you can imagine here.
Previous law that forces parents to pay large fine if their child is a bully
Next Finland will be the first country to remove all school subjects