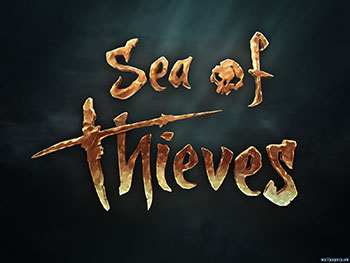 Sea of Thieves is a new interesting action-adventure video game developed by Rare and published by Microsoft Studios for Microsoft Windows and Xbox One & it’s ready for ordering from today March 20 . Sea of Thieves is a pirate First Persian game. Read more about Sea of Thieves, and download the high quality wallpaper and screenshot of game-play.

Sea of Thieves is one of the Microsoft’s most exciting games in recent years, even if it’s also one of its strangest. Rare’s new pirate MMO releases on PC and Xbox One today, but the innnovative collaborative gameplay isn’t the only interesting thing about the way Sea of Thieves is hitting the market. Sea of Thieves is also the first of Microsoft’s new releases to debut on Game Pass along at release, and that means that you can play the thing for just $10 if you want.

We’ll back up a second for those not already familiar. As a full-fledged AAA release, Sea of Thieves costs $60 to buy outright, just like every other full-fledged AAA release on the market. However, Microsoft also has a subscription program called Game Pass that gives players access to an instant library of games for $10 a month, something like a (more) premium version of Games With Gold. The company also recently announced that Game Pass will include all new first-party releases from Microsoft studios at launch, of which Sea of Thieves will be the first. That means that all you need to play Sea of Thieves at launch is a Game Pass subscription just for $10 .

Today is the day that we start rolling out #SeaOfThieves to the world! But when will your time come? We’ve got information for all Time Zones here: http://bit.ly/SoTWhen

Hard choose in Sea of Thieves !

Instead of giving players a deep, involved character creation tool, Sea of Thieves generates groups of eight pirate characters at a time, of which the player can choose one. One might think that would make character selection easier. One would be wrong.

It’s a character generator locked on random. There are no sliders for body size, muscle tone, gender or age. There’s no drop-down boxes for hair’s color, style or existence. The infinite pirate generator controls all of these things, and players are along for the ride.

See this short Gif of choosing your character in Sea of Thieves.

Screen Shots of Sea of Thieves 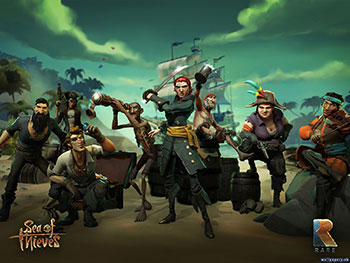 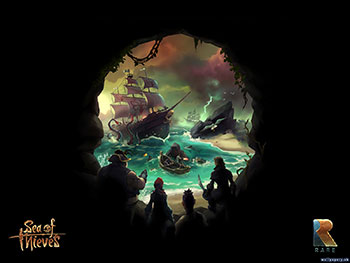 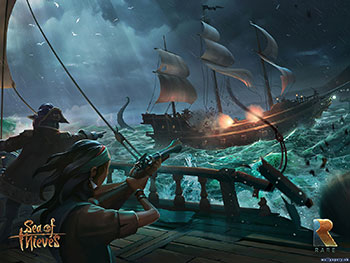 More about sea of thieves from manufacturer

Sea of Thieves offers the essential pirate experience, from sailing and fighting to exploring and looting – everything you need to live the pirate life and create all-new legends. With no set roles, you have complete freedom to approach the world, and other players, however you choose. Whether you’re adventuring as a group or sailing solo, you’re bound to encounter other crews in this shared-world adventure game – but will they be friends or foes, and how will you respond? Pre-order Sea of Thieves and you’ll receive the exclusive Black Dog Pack (containing stylish clothing and items with unique, spectacular designs) as well as a chance to join other pioneering pirates in a Closed Beta ahead of the game’s worldwide launch on March 20, 2018!

I am an entrepreneur and internet marketer from Middle East. Born 1985, Graduated in Industrial Engineering & Marketing . Interested in Web designing and E-commerce, E-Marketing and Management issues.
Previous Stephen Hawking has died at the age of 76
Next Anamorphic and amazing 3D drawing