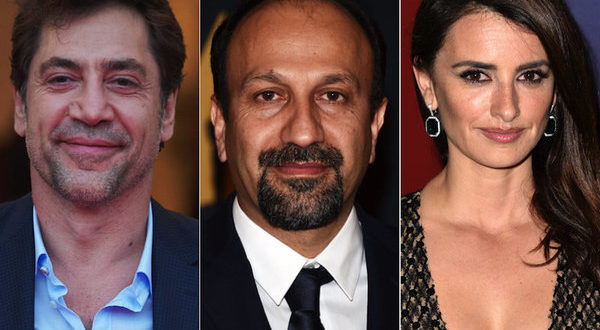 Details of Everybody Knows,Farhadi’s new movie with Penelope Cruz

Asghar Farhadi the Iranian famous director, is going to start his new movie name Todos La Saben (Every Body Knows). I will talk about Details of Everybody Knows starring Penelope Cruz, here and in this post of Pumpkeen.com

Details of Everybody Knows

Iranian director Asghar Farhadi, the two-time Oscar-winning director of The Salesman and A Separation, has confirmed his next film will start shooting in Spain in September, with a cast including Penelope Cruz and Javier Bardem. It should be ready for next year.

However Farhadi revealed the high-profile, real-life couple will “not necessarily” play an on-screen couple in the Spanish-language feature.

“Once again there are different couples in my film, not only one,” Farhadi told Screen, of what is a recurring theme of his work.

“The film is again about family and family relationships. But there are also some new aspects in it. Yes [Cruz and Bardem] are in the film but they are not necessarily a couple in the film.”

The non-Spanish speaker said he has written the script for the new film in Farsi and it has been translated into Spanish. “I don’t speak Spanish,” he explained via a translator. “But I have time between now and the shoot to at least become more familiar with the music of the film and do my best.”

The filmmaker, who previously shot The Past in French, said making the film in a foreign language wouldn’t compromise his vision.

“I don’t feel the change of language changes your voice,” he suggested. “[My voice is an] empathy with all the characters, a level of compassion that is general.”

Asghar Farhadi and Details of Everybody Knows

As with all Farhadi’s films, few further details are known about the new feature, except that it is being produced by Pedro and Agustin Almodovar’s El Deseo and sold by Memento Film.

Farhadi was speaking as a guest of the Doha Film Institute’s Qumra film event where he also presented a master-class to first and second time filmmakers via Skype from Spain on Tuesday.

The wide-ranging discussion with Columbia University’s Richard Pena included how Farhadi requires extensive rehearsal time with his cast, how he believes screenwriting begins with an unconscious thought and the revelation he reads books more than he watches films.

“Nowadays there are more remarkable books than there are remarkable films,” said Farhadi. “There used to be more of good films and there are still a few but it’s less the case than in literature. I feel cinema is tending to a certain uniformity, the films are more or less similar. Whereas in literature there is more diversity.”

I am an entrepreneur and internet marketer from Middle East. Born 1985, Graduated in Industrial Engineering & Marketing . Interested in Web designing and E-commerce, E-Marketing and Management issues.
Previous Is Microsoft paint dead or not ?
Next The best memes of august 2017