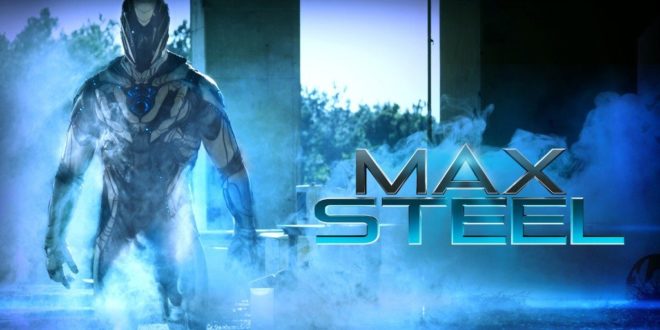 Max Steel was shown in the theaters recently and I just finished watching it today. Those Max Steel on its opening day said that it was “dull and uninspiring”. I actually didn’t know about the character and the story, so I asked my buddy JD Domovoi about since he’s a comic book nerd. This movie was based on the action figure Max Steel, popular among children in the late 90s. In fact JD said he still has his.

The 2016 movie of Max Steel was a bit different from your typical super hero movies. Although the critics didn’t have a positive reaction about it, I think it was quiet “ok”.

“It’s not only just as boring and bland as the trailers and teasers made it look, but is even worse than it had seemed.” – Welch

“A movie based on a toy should be a whole lot more fun than this.” – Lemire

What we need to understand is that this movie is clearly based to target teens, hoping to launch the next big sci-fi franchise. Directed by Steward Hendler and based on a screenplay by Christopher Yost, the movie failed to make the most of the talented people who created it.

The story of Max Steel is about a young boy named Max McGrath, played by Ben Winchell. Max’s character lives with his mother, played by Maria Bello. They have just moved back to their hometown after spending many years moving from city to city. The mentioned hometown is actually where Max’s father had been killed due to an alleged storm. After his return, strange anomalies start to trouble Max such as power cutoffs and his hands emitting a strange fluid like substance. Actually this is the part I liked most; the origins of a super hero.

With more power than his body could support, he’s been contacted by an alien life-form named Steel, voiced by Josh Brener. Steel explains to Max how they’re linked and that he has to absorb the excess energy from Max’s body. I must say, the best thing about this movie is Steel. You just can’t help but love him. He certainly brings on a light sense of humor to the movie that could distract you from the cheesy romance. I like practicality in movies, especially the sci-fi genre. They should’ve done a better job explaining how Steel manages to turn itself into a suit covering Max’s body. Lucky for me, I got it. He uses Max’s tachyon energy to convert matter into an element to form a protective suit.

Overall I give it a 5 out of 10, and that’s just for tickling my inner child (bad sense of humor is my calling card). Hope you’ll find this review useful. I’ll be back with more soon. 😉

Everything you expected from a movie nerd. Sit on the couch all day and watch movies.
Previous Actors you don’t see anymore in any movie or series | Sean Connery
Next Georgina Rodriguez pics ; new girlfriend of Cristiano Ronaldo