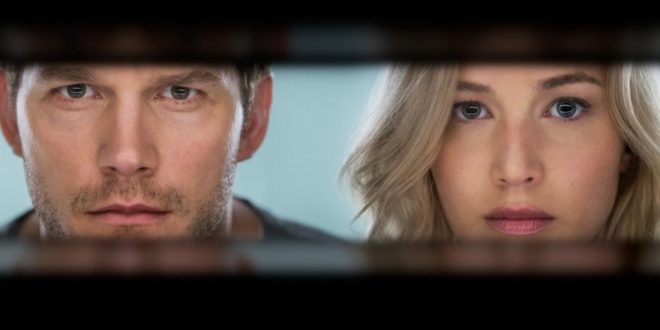 Hey guys, I finally got around to watch Passengers. I must say, the concept is absolutely genius: “Castaway” meets “Gravity” meets “The Martian”. Although it is not as emotionally deep and mature as the Tom Hanks hit. Or as suspenseful as the Sandra Bullock smash. Or anywhere near as intelligent or engrossing as Matt Damon’s blockbuster. “Passengers” is pretty to look at and achieves the kind of perfectly shallow and diverting spectacle many of us crave during the crazy holiday season.

Set in the near-future, we find Jim (Pratt) asleep, along with 5300 other passengers and crew members. The whole setting is aboard a corporate spaceship headed to a planet 130 years away. With 90 years to go, Jim’s sleep chamber malfunctions and he finds himself in the unthinkable predicament of being a young man. All alone in the middle of space, who will die without ever again enjoying any kind of human contact.

The space vessel isn’t the worst place to live out one’s life. Like a modern cruise ship, there is plenty to do — movies, video games, computer dance-offs, a fully stocked bar, complete with an android bartender (Michael Sheen) straight out of “The Shining.”

But who doesn’t long for home after 10 days on a cruise ship?

After a year, as one character explains, Jim becomes a desperate drowning man willing to take someone down with him. Aurora (Jennifer Lawrence) is a journalist minding her own business in her own sleep pod. This is when a desperate and suicidal Jim, not without some soul-searching, decides to condemn her to his own fate. He wakes her, lies to her about it being a malfunction, watches her panic over her desperate predicament, and then wins her heart.

And it is at this point where a number of film critics flipped out. These idiots doomed “Passengers” to a horrific and unfair 30% score at Rotten Tomatoes.

The Guardian sums the reactions up nicely:

It’s a fantastically creepy start, and while Lawrence and Pratt undeniably possess the magic spark of on-screen chemistry, the basic creepiness of this anti-meet-cute extinguishes what the film-makers presumably are hoping is a warm fuzzy glow of spiky, sparky interaction. Stalking tactics bolstering romantic comedies are by no means new, and over the decades, film-makers have proved adept at somehow planing down real-world nastiness, but here it’s gruesomely inescapable.

This is absurdly unfair, especially because the movie agrees with these “triggered” critics. 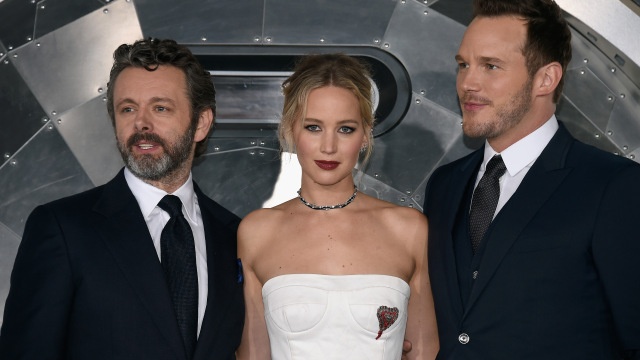 Jim’s act is not only presented as creepy and hideously immoral, but by committing it he is turned into a pathetic character. The story does not use Jim waking Aurora as a meet-cute or plot device, and “Passengers” is not a romantic comedy. Yes, it is a big, Hollywood blockbuster, but one that is “about” and takes very seriously the moral and ethical dilemma presented by Jim’s unspeakable decision.

Yes, what Jim does is immoral, but the movie is not. There is nothing wrong with exploring unethical behavior. In doing so, you don’t have to turn the perpetrator into a mustache-twirling villain. Hollywood does this all the time with the truly evil. Like terrorists and child molesters, and all the same critical class condemning “Passengers” praise this as sophisticated nuance. Moreover, at the end — how do I put this without giving anything away? — what happens to Jim, is fitting and just. He pays for his crime.

Maybe what’s really irking these left-wing critics is the genius of the story. The fact that Jim is a rugged, masculine working class fella who cuts the urbane, Manhattan writer down to size a notch?

Regardless, if you are looking for two hours of mindless escape, “Passengers” is the perfect junk food.

Everything you expected from a movie nerd. Sit on the couch all day and watch movies.
Previous Fact 2 | If you Google ” Zerg Rush ” Google will eat up the search results
Next Advanced Google AdWords : Ultimate guide to google Adwords