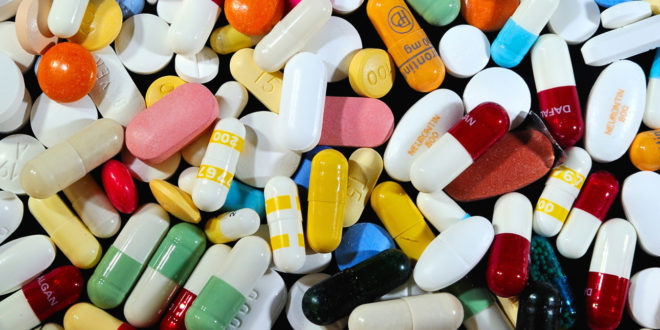 In what can only be described as paradigm-shattering research on drug prices, the Journal of the American Medical Association has officially recognized why drug prices skyrocket in America. Big pharma is granted a monopoly by the state which effectively eliminates their competition and allows them to charge any price they want — so they do.

The new paper, published on August 23, The High Cost of Prescription Drugs in the United States: Origins and Prospects for Reform, set out to  “review the origins and effects of high drug prices in the US market and to consider policy options that could contain the cost of prescription drugs.”

What the paper’s authors, Harvard Medical School doctors Aaron Kesselheim and Jerry Avorn, and jurist Ameet Sarpatwari, found and subsequently admitted, shatters the very assertion that government regulation in the market is needed to keep medical care costs low. In fact, their findings were quite to the contrary.

According to the paper:

The most important factor that allows manufacturers to set high drug prices is market exclusivity, protected by monopoly rights awarded upon Food and Drug Administration approval and by patents.

The costs associated with studying, testing, and getting new drugs approved can be staggering, and the money made from selling the new drug is often used to pay for future drugs as well as paying back investments made to produce the current ones. Unfortunately, the people involved in creating life-saving drugs cannot work for free.

Nothing is wrong with making a drug that saves lives and profiting from it. However, when the profits are a direct result of government involvement, it no longer becomes an issue of innovation and the market, but rather an issue of a state-granted monopoly.
Increasing the market price of an item to the maximum profit per unit is a natural function of the free market. And, contrary to what the pro-government regulation sect asserts, this increase in price in relation to supply coupled with competition, happens to work toward keeping prices down — unless these prices are protected by a government-granted monopoly.

Related :  law that forces parents to pay large fine if their child is a bully
Share

I'm a creator. Anything from cooking, to furniture and tactical armors. Join me as I write just about anything you can imagine here.
Previous Justice League Dark 2017 movie and plot review by Alphonse Pivaux
Next Special meeting between President Trump and Harley-Davidson