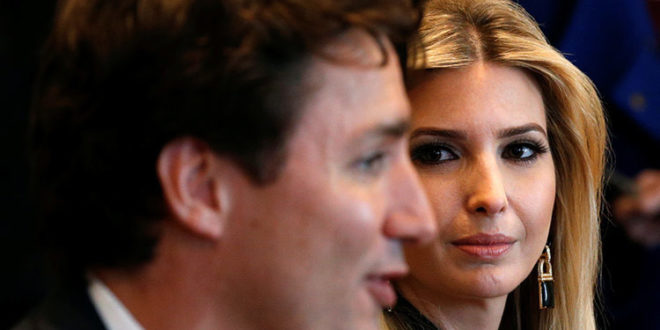 Released pictures of Ivanka Trump watching Canadian Prime Minister Justin Trudeau when he officially visited the White House on February 13 has raised a lot of reactions in all of the social medias. People interpret this glances as something more than pure diplomatic courtesy.

Being among the youngest government officials in the history of the world, Justin Trudeau is admirably a very attractive person. But let’s not forget Ivanka Trump herself is a fairly attractive woman.

According to the portal ‘Mashable’, in the eyes of the daughter of the newly elected US president is “a forbidden desire” hidden. Thanks to the body language experts Ivanka Trump’s glances has been interpreted. 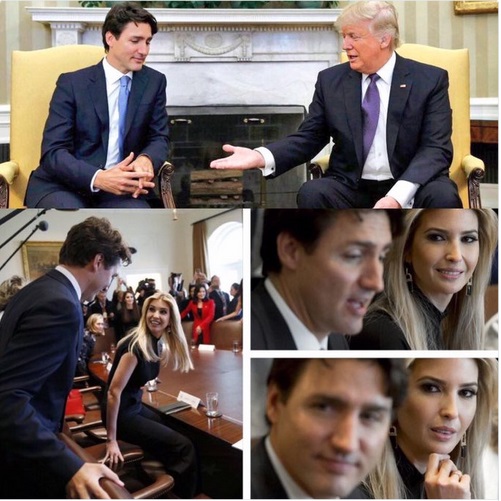 “Ivanka looks at him as if she’s willing to risk everything,” wrote Matthew A. Cherry, for example.

“And you thought that this photo of Donald Trump and Justin Trudeau was the best one from today?” Asked Darrell MacMullin, “Well, see here Ivanka Trump casting the golden gaze …”

Danny Dutch also warned that “nobody is safe from the prime minister who can steal your girl”.

I'm a creator. Anything from cooking, to furniture and tactical armors. Join me as I write just about anything you can imagine here.
Previous Top selected memes of February 2017 pumpkeen.com
Next Mel Gibson In talks with Warner Bros. to direct Suicide Squad 2