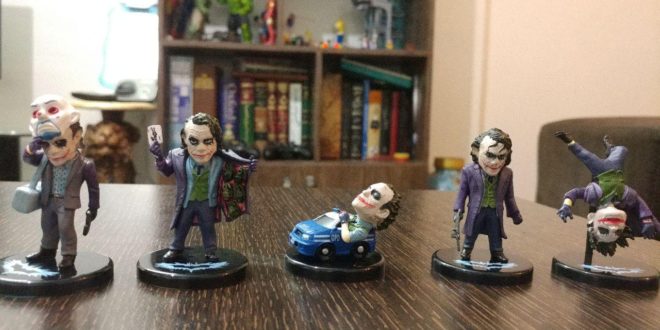 I think we can all agree that Heath ledger’s joker was the best cinematic version we have seen so far. Now, this isn’t gonna get technical about the movie or anything. My friend Just came back from his trip to Iran and he brought these for me as souvenir. And I absolutely LOVE them. Especially the fact that they represent the key scenes from the movie. 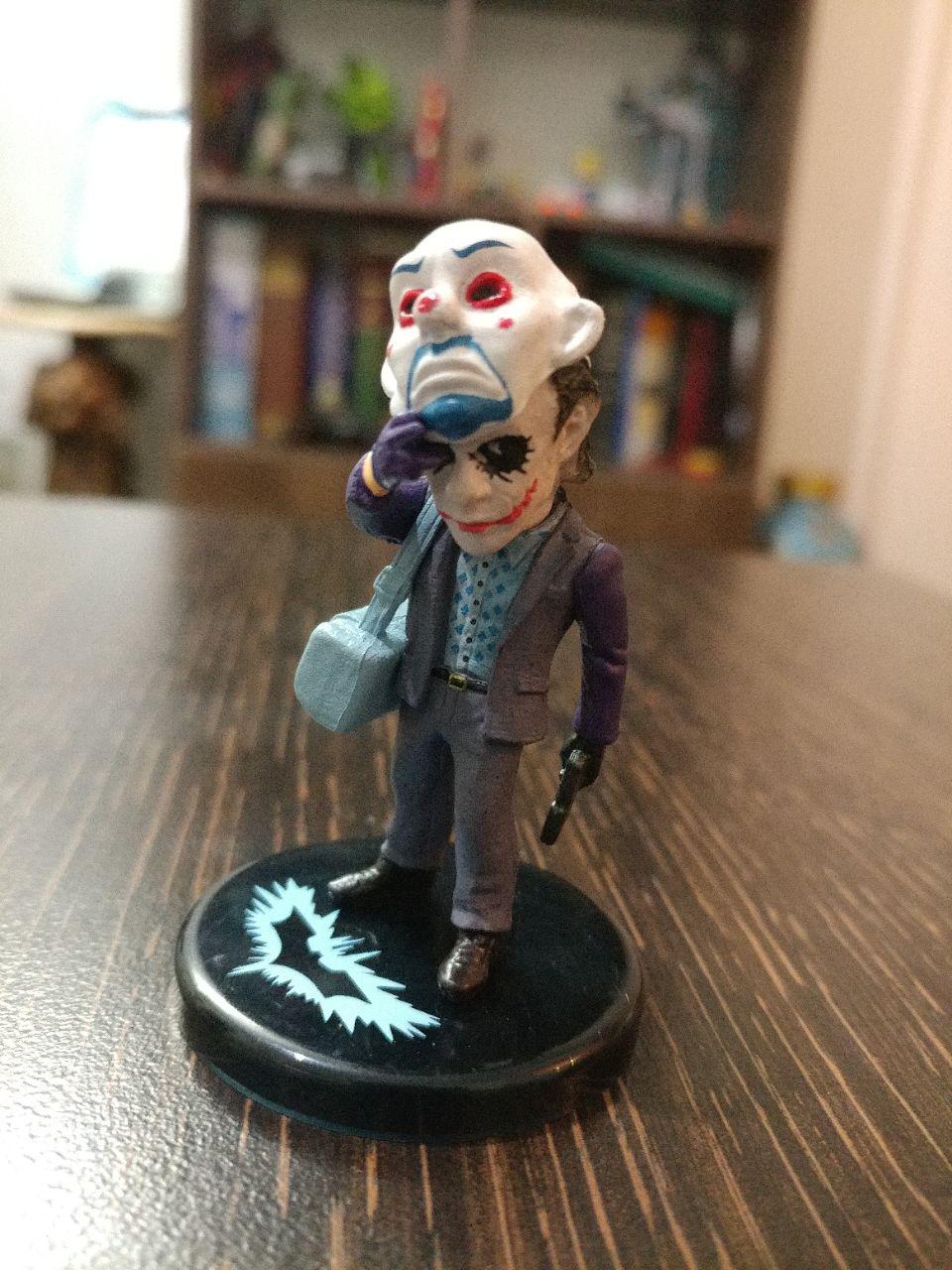 This is from the beginning of the movie. The first time we see joker as his genius plan for robbing a bank and killing his goons in the process unfolds. Pretty much we can say this was the introduction to the chaos. 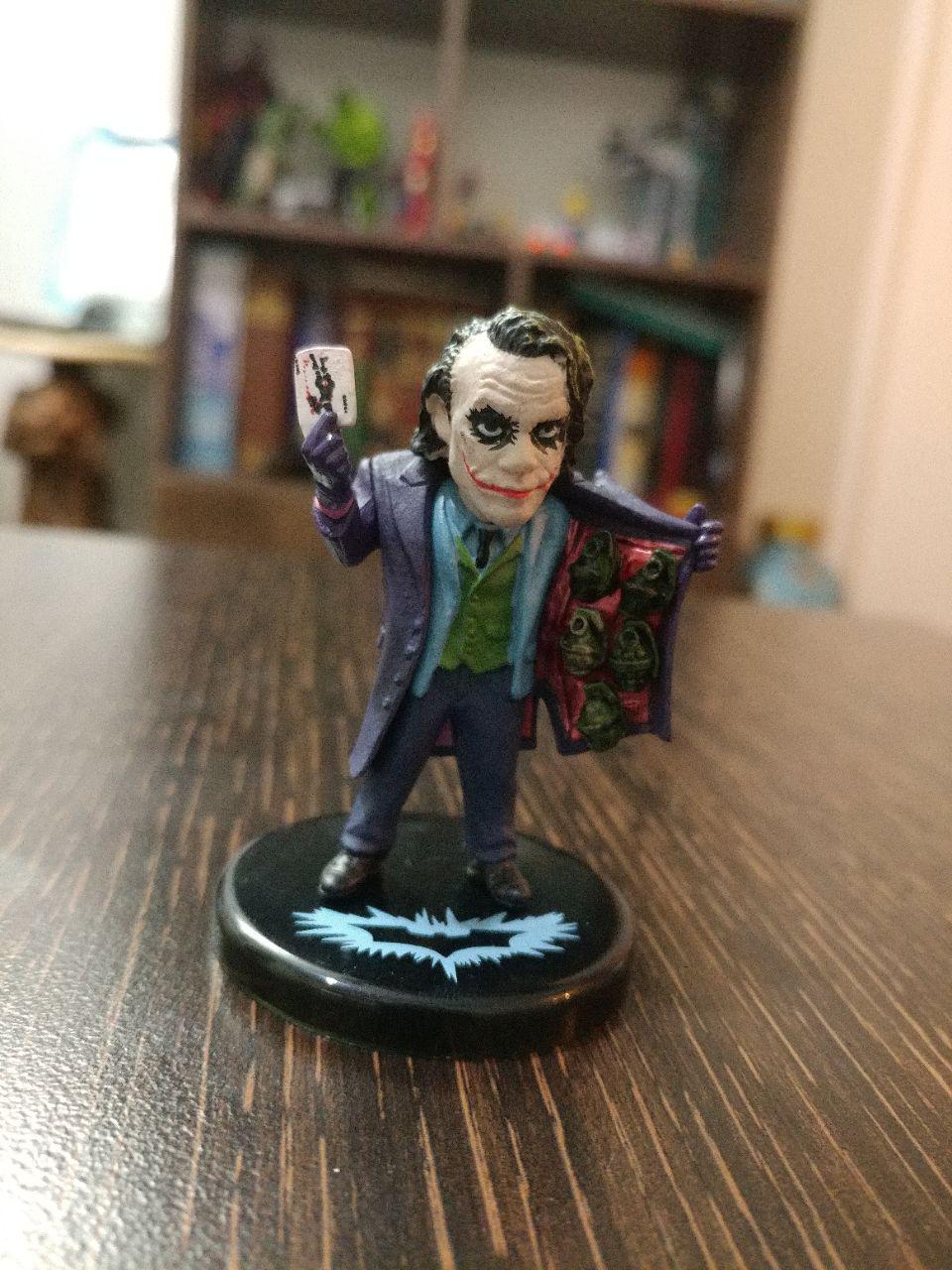 When the mafia has gathered together in broad daylight in fear of Batman, guess who shows up? Here Heath Ledger’s Joker comes along offering a plan to kill the Batman. When threatened by one of the gangsters, he opens up his coat showing the grenades he brought with him that are rigged to blow, thus saving himself. 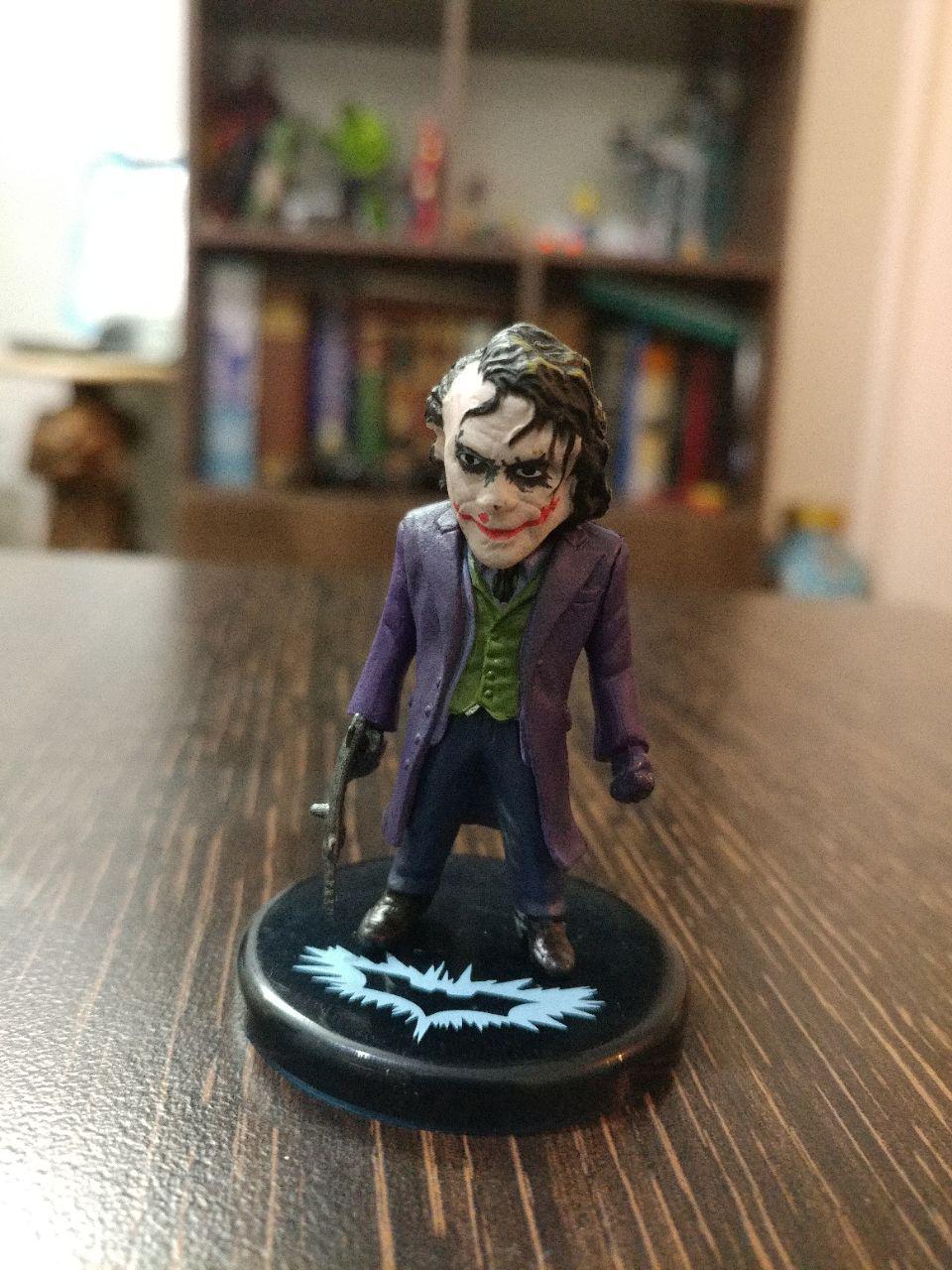 This is the part where the Joker tries to kidnap Harvey Dent who introduced himself as the Batman. But realizes Harvey has lied when the real Batman stops him and he’s captured by the GCPD. 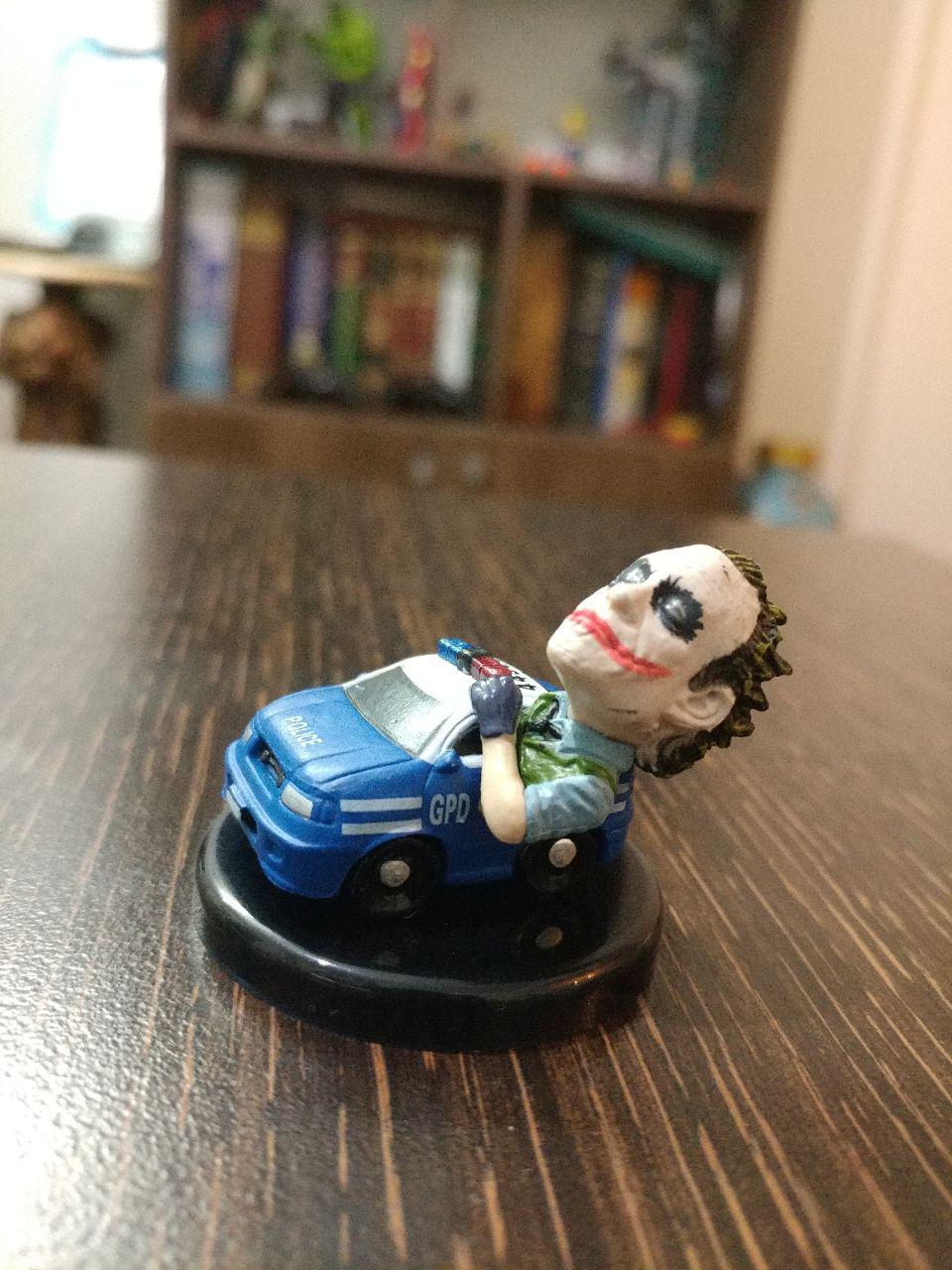 Unfolding his plan to the Batman about succeeding to kidnap Harvey Dent along with his girlfriend, the joker is left alone in the GCPD interrogation room. He uses this opportunity to blow up GCPD and make his escape in a police car. This scene with the Joker sticking his head out of the speeding police car, has become one of the most iconic scenes in the cinematic world. 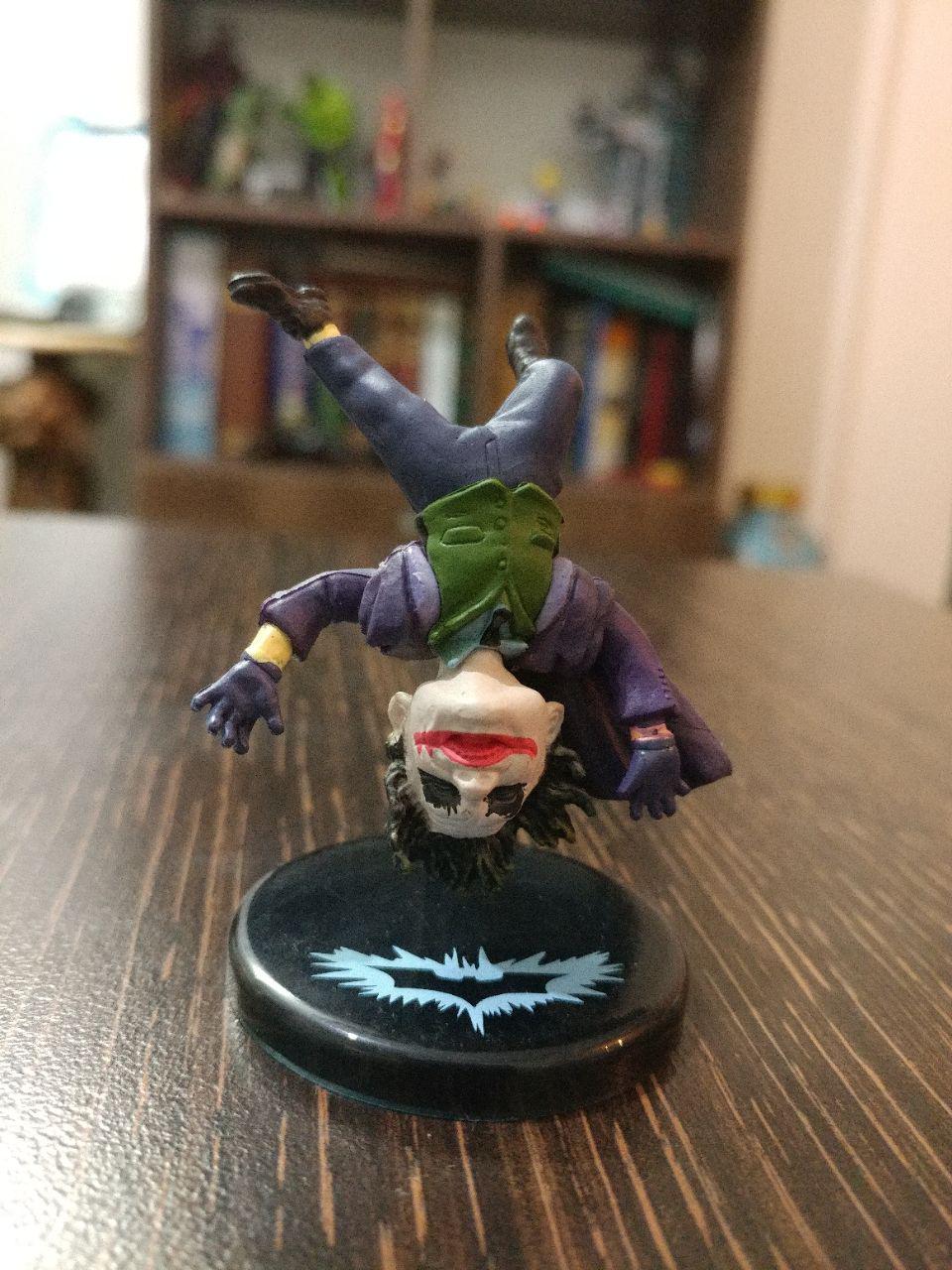 Joker goes mad when his plans blown to his face. As the citizens of Gotham refuse to give into the chaos he created, Joker prepares himself for death. But that’s not how Batman deals with the criminals, no matter how much they deserve it. As Joker is falling off of an construction site, Batman manages to capture him with his Batclaw and hang him from the building for the police to arrest him.

I'm a creator. Anything from cooking, to furniture and tactical armors. Join me as I write just about anything you can imagine here.
Previous Square Enix and Marvel team for making Avengers game
Next Lavash , an important bread in Iranian cuisine 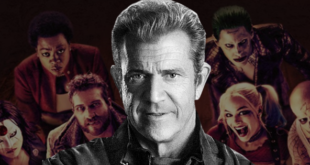 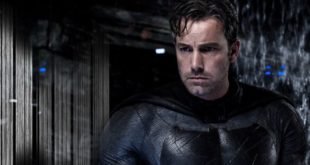