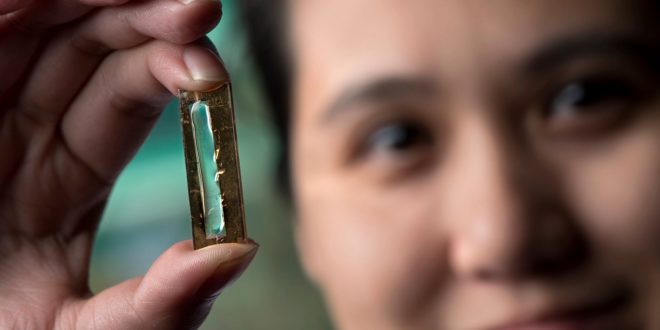 Battery that lasts for 400 years was accidentally invented

Scientists of the University of California in Irvine have developed a rechargeable battery that might be good for 400 years of power. The invention came about almost entirely by accident. They were actually trying to design better nanowires for use in normal rechargeable batteries.

Typical nanowires exhibit aspect ratios (length-to-width ratio) of 1000 or more. As such they are often referred to as one-dimensional (1-D) materials. Nanowires have many interesting properties that are not seen in bulk or 3-D (three-dimensional) materials. This is because electrons in nanowires are quantum confined laterally and thus occupy energy levels that are different from the traditional continuum of energy levels or bands found in bulk materials.

Nanowires are very good conductors because they have a lot of surface area to hold their electrons. But they are also very fragile and tend to give out after only a few charges.

This is why the team of PhD student Mya Le Thai was researching the properties of nanowires made of gold and embedded in a special electrolyte gel.

In the course of their tests the team made an astonishing discovery: The battery survived 200.000 charge cycles in three months without any loss of performance. According to “Good”, this battery could power a normal smartphone or laptop for 400 years.

“That was crazy,” said Reginald Penner, leader of the chemistry faculty of the University. “Usually these Batteries decline rapidly after only five or six thousand cycles, seven thousand at the most.”

The researchers are still unsure as to why the combination of the gel and the gold wires make a super battery. But because gold is a very expensive material, the scientists want to try out a few alternatives before they start producing a marketable product.

This is why we do not yet know when we can start using this super durable battery in our smartphones, if at all. But these first tests certainly look promising.

Related :  Important events that will make news in 2017
Share

I'm a creator. Anything from cooking, to furniture and tactical armors. Join me as I write just about anything you can imagine here.
Previous The Top 20 weirdest things ever to be sold on eBay
Next Paterson : A Jim Jarmusch movie in 2016+Official Trailer