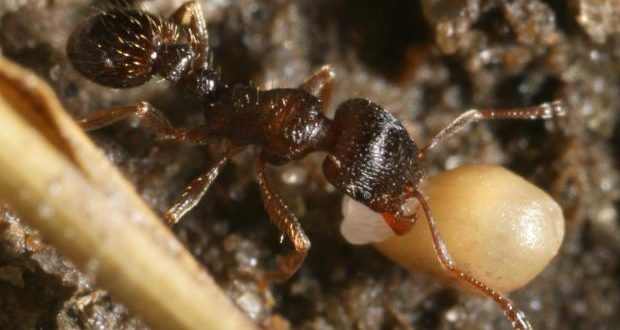 get rid of ants

Where Do Ants Go at Night?

I have talked about ants in one of my previous posts, and now i want to answer this question “Where Do Ants Go at Night?” . I think ants are one of strange insects who has many secrets, and that’s why i’m going to talk about these animals in my serial posts ! Do you know where ants go at night ? Let’s get the answer.

Where Do Ants Go at Night?

These insects can be very busy during the day. But where do ants go at night? Well, they still go about their usual business even after the sun dips into the horizon.

There are many kinds of ants with different habits. Carpenter ants and sugar ants, in particular, are nocturnal. That’s why you see most of them being busy at night.

Accordingly, to manage dark environments, nighttime ants have bigger “eyes” and wider photoreceptors. They use these to get more light in order to focus on landmarks for navigating a terrain.

Where Do Queen Ants go at night?

The queens fell asleep at far more regular intervals than their subjects. In fact, the queens even synchronised their naps, with all three queens dozing together.

“It’s very cosy,” says Cassill. “The synchrony of queens occurs because, like hound dogs, they pile atop each other when they sleep. When awake, they separate.”

On average, each queen would fall asleep 90 times a day, sleeping for just over 6 minutes at a time. That equates to over nine hours of sleep each day.

Sometime they would just doze, with their antennae half raised and their mouths agape. When dozing, the queens could be easily roused by one another or by their workforce.

But often the queens would fall into much deeper sleep, with their antennae retracted and mouths closed.

This “rapid antennal movement (RAM) might be an analog to the rapid eye movement in vertebrates,” the researchers write in the Journal of Insect Behavior.

Do Labor Ants sleep at night?

If we look at ants, we’d be tempted to think that they work round-the-clock – not needing any sleep. We’d think that they’re simply wired to work day in and day out. After all, they are the epitome of hard efficiency and industry in a lot of stories.

But we couldn’t be more wrong.

Worker ants that look like they’re always awake actually take hundreds of little insect-equivalent naps that’s spread throughout the day. In contrast, their queen can doze off deeply for a total of 9.4 hours a day.

Researchers counted how much power naps workers took. With about a minute for each sleep, every worker took a staggering 253 naps in a day. This is equivalent to 4.8 hours of sleep.