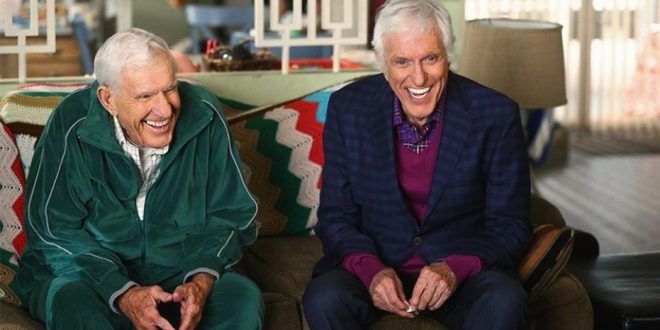 Jerry Van Dyke the American comedian, actor and younger brother of Dick Van Dyke, died Friday afternoon at his Arkansas home at the age of 86.

Van Dyke’s television career began in tandem with his brother’s, as one of his earliest appearances was on “The Dick Van Dyke Show” in 1962 as Stacey Petrie.

About death of Jerry Van Dyke

Throughout his television career, Van Dyke gravitated towards projects that would go on to be short-lived, turning down a starring role in “Gilligan’s Island” to work on “My Mother the Car,” which has been regarded as one of the worst television shows of the era. It ran for only one season on NBC in September 1965. A few of his other ill-fated projects included “Accidental Family,” “Headmaster” and “13 Queens Boulevard.”

Who was Jerry Van Dyke

Van Dyke was best known for his role as Assistant Coach Luther Van Dam on ABC’s “Coach,” which earned him four Emmy nominations.

Van Dyke’s wife, Shirley, confirmed her husband’s death to TMZ. Shirley said her husband’s health began deteriorating after they were both involved in a car accident two years earlier.

TMZ reported Dick Van Dyke visited his brother at his home during the holidays.

Jerry Van Dyke was a well-known comedian who performed at various military bases and appeared on television programs. The comedian made his debut on his brother’s hit show, “The Dick Van Dyke Show” and also appeared on “The Ed Sullivan Show” and “The Judy Garland Show.”

Van Dyke was also known for his role on “Coach” where he played Assistant Coach Luther Van Dam. The role garnered him four Emmy nominations. His latest television appearance was on ABC’s hit show “The Middle” in 2015.

Related :  Conspiracy Theories About The Source Of Coronavirus

Mr. Van Dyke was invited on talk shows, like “Late Show With David Letterman,” and was nominated for four Emmys for supporting actor for playing Van Dam, but he never won any.

He told USA Today in 1990 that he was thrilled to get some recognition after his meandering career.

“Everybody talks about me making a comeback,” he said. “I say: ‘Comeback from what? This is as good as it’s ever been.’”

Jerry McCord Van Dyke was born on July 27, 1931, in Danville, Ill., to Loren, a traveling salesman, and the former Hazel McCord, a homemaker. He was a little more than five years younger than Dick, and like his brother started a comedy act as a teenager, honing his skills at nightclubs and strip clubs.

“I couldn’t do anything else,” he joked to USA Today in 1990. “I decided to be a comedian at 8 years old and didn’t tend to my studies in school. Had I known how to do anything else, I would have quit. Many times.”

He performed at bases around the world during a stint in the Air Force in the mid-1950s. He appeared as a guest on “The Ed Sullivan Show,” had walk-on roles on “Perry Mason” and “The Andy Griffith Show” and appeared in the John Wayne and Maureen O’Hara Western “McLintock!” (1963), one of a handful of movies that he acted in.

By the end of the 1960s, Mr. Van Dyke’s television career had tapered off. He supported himself with his stage act at Playboy Clubs, in Las Vegas and on cruise ships. He also appeared on shows like “Love, American Style,” “The Mary Tyler Moore Show” and, not surprisingly, “The New Dick Van Dyke Show.”

Mr. Van Dyke married Carol Johnson in the mid-1950s; they divorced in the mid-1970s. Besides his wife, Ms. Jones, and his brother, survivors include a daughter, Jerri Lynne, and a son, Ronald, both from his first marriage; and two grandchildren. Another daughter, Kelly Jean Van Dyke-Nance, died in 1991.

Related :  Foot Shapes Which Reveal Secrets about Your Personality

After “Coach,” he appeared in sitcoms like “My Name Is Earl” and “Raising Hope.” The Van Dyke brothers kept playing siblings together into old age, including on the ABC sitcom “The Middle” in 2015.

In 1993, just over three decades after his first guest appearance on “The Dick Van Dyke Show,” Mr. Van Dyke returned his brother’s favor when Dick had a nonspeaking, walk-on part in a Christmas episode of “Coach.”

“I’m getting sick of Dick riding on my coattails,” Mr. Van Dyke joked to The Toronto Star in 1994. “I just can’t prop up his career forever.”

At the time Dick had a show of his own, “Diagnosis Murder,” on CBS. He played the lead, a doctor who solved crimes. Jerry appeared on the show in 1999.

Jerry and wife Shirley resided together on their 800-acre ranch near Malvern, Arkansas.

Van Dyke was an avid poker player and announced a number of poker tournaments for ESPN in the late 1990s and early 2000s. He was also a 4-string banjo player with several performances on The Dick Van Dyke Show to his credit.

Van Dyke died on January 5, 2018 in Hot Springs, Arkansas, aged 86. He had been in declining health since being involved a car accident two years earlier.

I am an entrepreneur and internet marketer from Middle East. Born 1985, Graduated in Industrial Engineering & Marketing . Interested in Web designing and E-commerce, E-Marketing and Management issues.
Previous Do ants pee?
Next Does white teeth mean healthy teeth?